In 2013 Disney, the company that was founded on traditional animation, effectively gutted it’s 2d department and laid off some of the biggest names in animation at that time. They then made it clear that all future animated features from Disney would be 3D. Some believe this one incident marked the downfall of 2d animation and slowly but surely we would see a steady decline in the art form until it eventually died out altogether. Well, it’s 2018 so we ask the question. Is 2d animation dead? A few folks might be quick to say yes. But to that we say… Not really.

When we decided to create the Celflux Animated Short, a few folks asked, some in a rather patronizing way, “Why did you choose to use 2d animation?” One person went so far as to say “Don’t you know that no one is using 2d anymore.” Yeah. They actually said that. Now to be fair, the last feature-length film released by Dinsey with any hand-drawn elements was Princess and The Frog in 2009. Paperman was released in 2011 but was just a short. Someone also pointed out to me that there was also Winnie The Pooh which was also released in 2011. It had a smaller budget but was indeed feature-length. It’s poor performance at the box office, along with that of Princess and The Frog, caused Disney Exects to rethink their 2D department. Most people cite the reason for this to be an issue of cost. Traditional animation, they say, was getting too costly to create without any guarantee that it would give a return. 3D films such as Frozen, Toy Story, and Finding Nemo, cost less and rake in millions at the Box Office. So there’s been no major theatrical release of a traditionally animated film in years. So perhaps it’s safe to say 2d is dead… but only on the big screen.

Does 2D animation have a future?

Blizzard is a company known for developing some of the best games around. Classics such as Starcraft and Warcraft. One of their latest games has already become a hit and powered its way into pop culture. Of course, I’m speaking about Overwatch. Apart from creating great games, Blizzard for years has been known for creating some of the most breathtaking 3D shorts known to man. This was no different when it came to Overwatch. Marvelous 3D work was done on the various shorts that told the character’s backstories. Recently, however, for the release of their character Doomfist, Blizzard shocked everyone by releasing Doomfist’s origin story as a 2D animated short.

The release quickly racked up about 11 million views online with many fans commenting that they would definitely watch a 2d animated series if Blizzard made it.

So what he’s saying is that 2D and 3D are just mediums. It’s what the creator does with the medium and how they use it to tell a good story, that makes the difference.

So there’s definitely a future for 2D animation because there’s still an audience out there who appreciates a good story. Also, with the closing of one door, the big screen, many other opportunities have arisen for 2D animation.

There was a time when comic books were created by teams. Writers, artists, Inkers, Colorists and Letterers. Times have changed. There are now independent creators who do everything themselves. There was a time when animation was done by an entire studio. But again, times have changed. Just as in the comic book industry, more and more individuals are creating independent 2D animated projects. 2d animation is thriving online, in Europe and in Asia. Here are the reasons why I believe the future of 2d animation lies with independent creators.

The Availability of Technology

With the development of various accessible animation programs such as Toon Boom, TV Paint, and Adobe Animate, the ability for independent creators to develop their own projects has come within reach. Phenomenally talented animators are rising up all over the internet and producing quality work. Such a thing would not be possible if the software and technology did not exist.

I have told the story before of Makoto Shinkai. He was the creator of 5 Centimeters Per Second. A movie that he created all on his own over a period of seven months. He did this because he had access to the programs that the company that employed him used. Programs such as Photoshop. Which is what I use to animate by the way. His story to me is most inspirational because it proves that independent animation is possible. He was one of the first to do it and many other creators have followed in his footsteps.

The Ability to Reach an Audience

The internet has changed the world in so many ways. It has made the world accessible. Before a creator had to be in a studio in order to get his work out to the public. The studios and production houses were the gatekeepers. Independent animators can now reach out on their own and find an audience to support their projects. Through social media such as Facebook, Instagram and Twitter creators can communicate directly with their fans. Through video hosting websites like YouTube and Vimeo, creators have a place where fans can access their creations. Through crowdfunding, such as Kickstarter and Indiegogo, thousands of independent shorts and series have been successfully funded.

The Opportunity For Diversity

When the big name studios were the only ones creating the animation all the stories and the characters, for the most part, looked the same. Now that there is a diverse group of creators at work the animated projects themselves are diverse and made up of diverse characters. LeSean Thomas is the creator, writer and director of Cannon Busters. An animated adventure featuring diverse characters. He worked for years on several popular animated series. One of the most popular is The Boondocks. The pilot for Cannon Busters was successfully funded on Kickstarter to the tune of USD $156,535 and has recently been picked up by Netflix.

Read about it on Forbes.

There’s also Urbance. Urbance is a 26-minutes animated action series for a 16+ audience. Written and Directed by Joel Dos Reis Viegas and Sébastien Larroudé. A topic that hits with stunning visuals and blasting tunes; Urbance brings you into a post-modern story world, made of hip-hop vibes and electronic influences. It successfully raised CA$ 229,300 on Kickstarter.

These diverse animated projects would most likely have been turned down by a large studio but independent creators are able to bypass those conventional routes and bring their work directly to the public.

So is 2D animation dead? No. Not really. This is why when we decided to create our own animated short, I made the choice to do it with 2D and taught myself how to animate. 2D animation is very much alive and well in the hands of independent creators. So we encourage everyone who loves 2D animation to support the indie creators that do it. 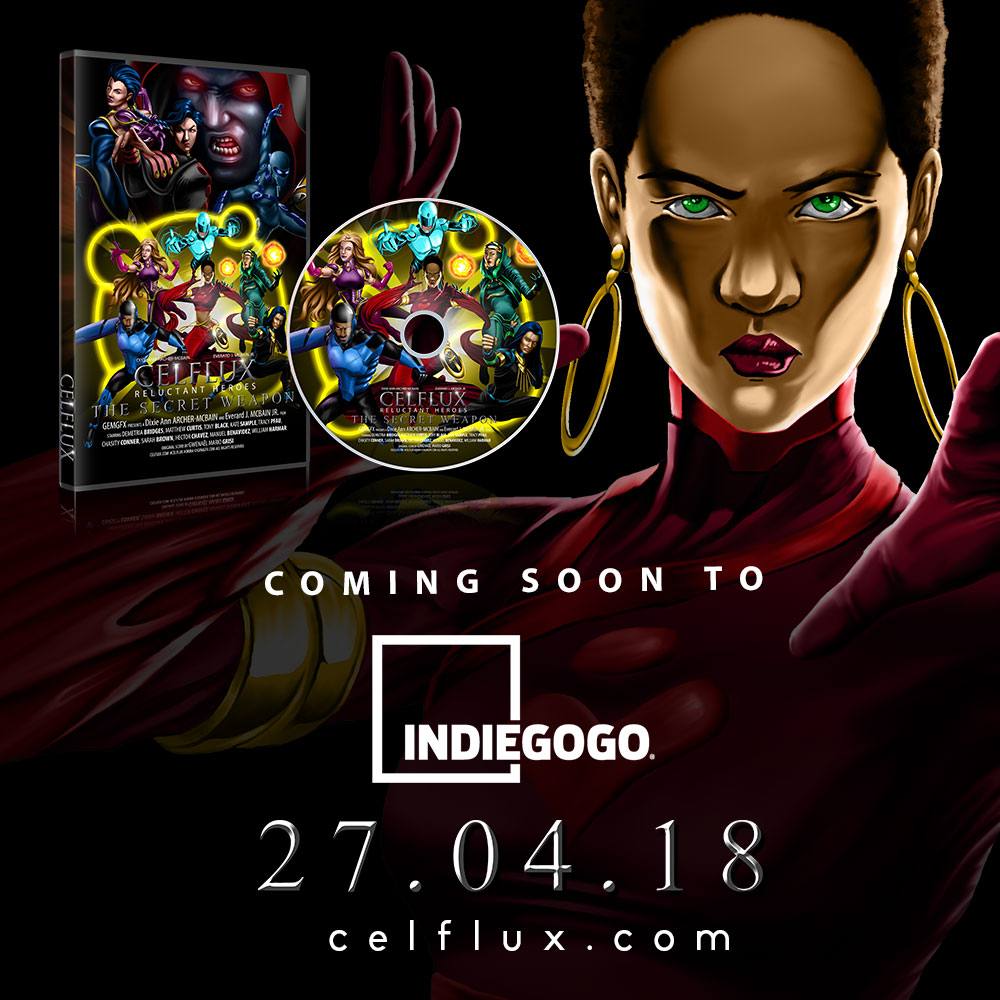 We are also throwing our hat into the ring with our own animated short. We are currently working on Celflux Reluctant Heroes The Secret Weapon and will be releasing the first 20-minute chapter online in April 2018 for everyone to see. Watch the trailer:

We will also be launching an Indiegogo campaign to help fund two more 20-minute chapters.

Help us spread the word so that ours can be another successful independent animation project. We encourage every to continue to create because like animation the only limit is your imagination.