The time is finally here when we can announce the release of the first episode of the Celflux Animated Series. This has been an ambitious project for us to take on and it has not been easy. We’ve had challenges and setbacks, but all in all, we have enjoyed the ride and we are happy about where we are and excited about the future. In this post, I want to tell you about what to expect in the first episode of Celflux and what the Celflux episodes will look like moving forward.

The Celflux journey is living, breathing, growing, changing. We do have a plan that we try to stick to for the most part, but we have also learned to adapt to changing circumstances and trends. We had previously stated that we plan to release three 20 minute episodes, and we still do, but we have also decided to start releasing shorter episodes online that we will later compile into our final longer episode series. This will help us shorten the spaces between each long episode and keep the momentum going so fans can see and follow our hero’s story. This is a format that many internet animators use for their animated series because it’s difficult to create long episodes in a short period. Especially if you’re just a small team or one person. So look out for shorter episodes of Celflux. Hopefully, it will leave folks wanting more.

This episode also introduces a new character. His name is Chima and he will play a pivotal role in the lives of Okira and her team. 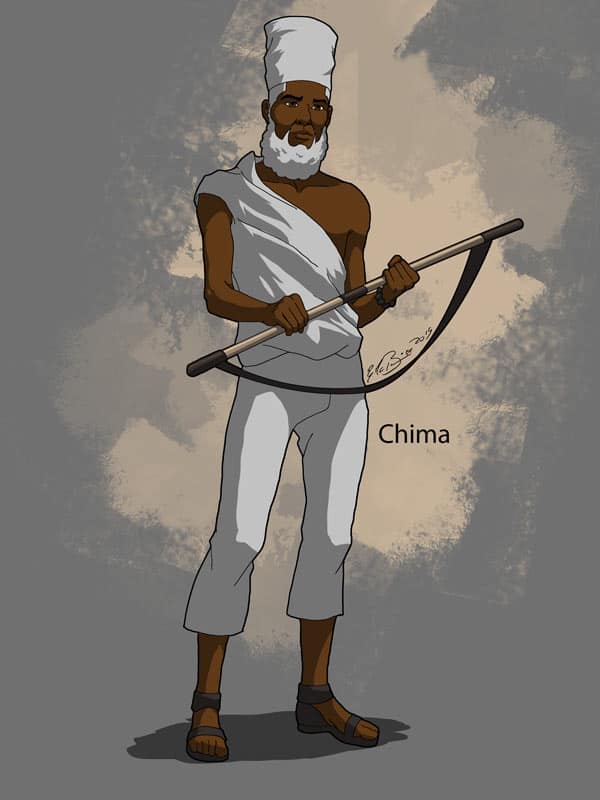 Now I have the pleasure of shouting out a few folks who made this short possible.

Tony Black: Voice of Chima. Check him out here.

So here it is. Thanks to everyone who has supported, encouraged and kept us going with Celflux. Look forward to more in the coming months.