We have some really great news to share about our Celflux short film project. A while ago there was an open call for small marketing and development grants by FilmTT and CreativeTT here in Trinidad and Tobago. We decided to take a leap of faith and make a submission for the grant. Our leap of faith paid off.

The Trinidad & Tobago Film Company Limited (FilmTT) is a state agency established in 2006 to facilitate the development of the film industry in Trinidad and Tobago. As a subsidiary of the Trinidad and Tobago Creative Industries Company Limited (CreativeTT), FilmTT provides logistical support and film commission services such as location scouting and research and acts as a liaison with industry partners, the community, production houses and Government agencies. We submitted a proposal for our Celflux project. On May 12th we received an email from Ms Nneka Luke, the General Manager of FilmTT, informing us that our proposal had been accepted. We are happy to announce that the Celflux project was selected to receive a grant towards its marketing and development. We are extremely grateful and humbled by this and we would like to thank Ms Nneka Luke, Ms Raycy Rousseau, Ms Maya Cozier and the rest of the FilmTT team for the confidence they have shown in the Celflux project by awarding us this grant.

We are humbled to be among some of the most talented veterans in the Trinidad and Tobago film industry and realise that this affords us a great opportunity to take our Celflux project to the next level. I want to also thank the Celflux team of voice actors and the musical score composer for the encouragement they have given us and for the work they have put into this project. We could not have done it without them. We also want to single out Tony Black, who is the voice of Raymond, as he was the one who first suggested that we take Celflux further than we initially planned. Thank you for looking out. 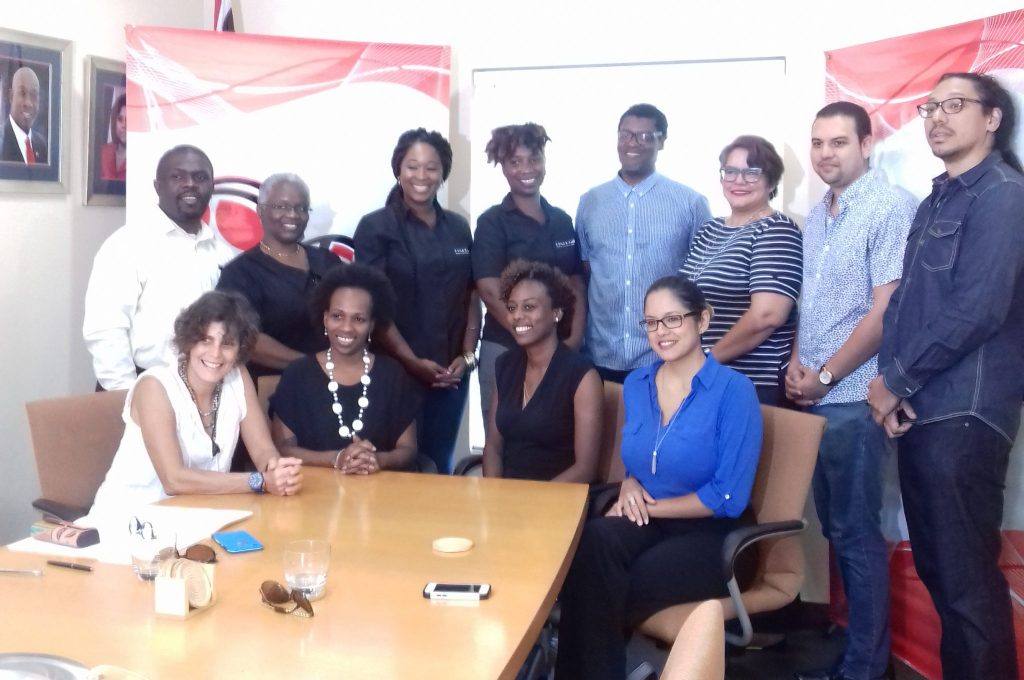 Dixie Ann and I (far left) alongside the other recipients of the FilmTT marketing and distribution grant at FilmTT’s office.

So stay tuned for more updates as we move forward. Follow us to stay updated and be sure to help spread the word about the Celflux project. Great things are in store.