For those who might be scratching their heads at the grammar (or lack thereof) of the title of this post, and least someone should alert the internet grammar police (we all know them), let me quickly explain. The phrase “Teach Them From Small” is a Trinidadian one that speaks of the importance of teaching a child from a young age. It speaks of how a child is easily influenced when they are young to do good or bad, so you have to “Teach Them From Small.” Meaning, teach them to do the right thing while they are young (Small). It speaks of how the experiences of a young child will mold and shape their personality and character for the rest of their life. Which leads us to the subject of today’s post. 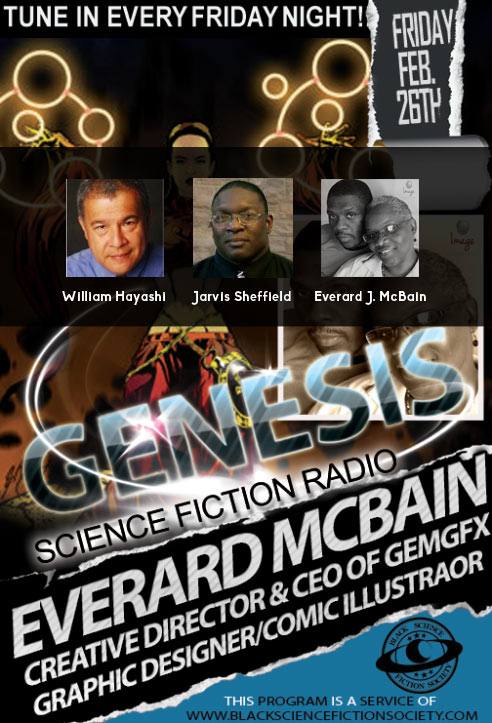 So during this interview, one of the questions that came up was how I got started in the creative field. I told the story that I always tell, which is a true story. When I was young, about five or six years old, I was scolded for drawing in my exercise books. My mother in her infinite wisdom took me to a department store and bought me a sketch pad, a Flintstones’ coloring book and a set of watercolor paints. She instructed me to use these to draw and not my exercise books. That’s how I got started. So the host, William Hyashi, asked me if I was making any outreaches to schools. I confessed at the time that I did not. He made the point that I should look into it because you never know if you may influence a young person as I was influenced at a very young age. I have to thank him because it really reminded me of the responsibility that we have with this book Celflux, and anything we do in general because we never know who we might influence. So Dixie Ann and I will be looking at reaching out to local libraries and schools to see if they would be interested in us donating some books to them.

To further reinforce this, you all remember that we recently had an Original Character Commission Giveaway Contest. We had a lot of fun and all the folks who entered each received a free commission. You can view the results here.

When the contest was finished, I was approached by a guy by the name of Evan Evans who told me about his twelve-year-old daughter Laci. Evan is a great comic book flatter by the way, so if you need a flatter give him a shout. His daughter Laci, had her own original character that she wanted to enter into the contest but missed the deadline. So Dixie Ann and I thought that we could not pass up the opportunity to possibly influence the creativity of a young person. So I told him that we would accept the submission and do a free commission for her character. Which we did. Here’s what she submitted side by side with the free commission she received. The character’s name is Chaos.

After this, I was contacted again by Evan Evans who had a message for me from his daughter Laci.

This is Evan’s daughter, Laci. I really appreciate you designing my character. She came out Perfect! I love to read and write and will make up a story for Chaos. 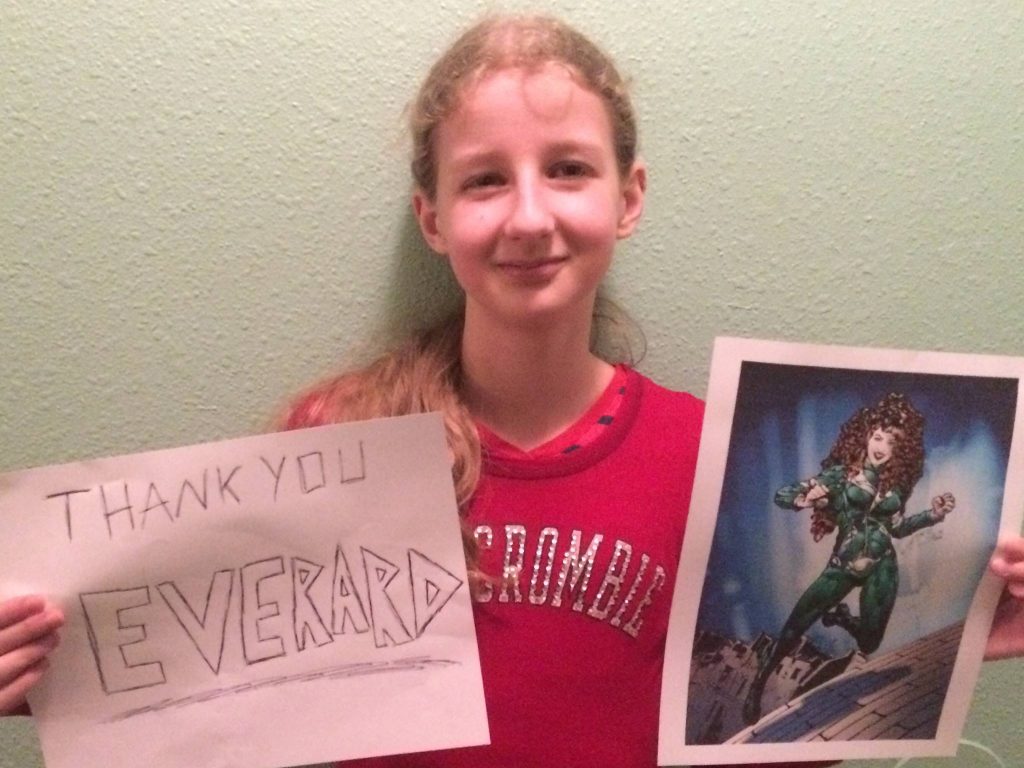 Here’s Laci with a print out of the free commission of her character Chaos, and a big thank you note.

As an indie creator, it’s a struggle and labour of love to do what you do. Over time, you will find folks who love what you do and are willing to support you. Those folks for the most part though are few. So it’s the little things that happen that encourage you to keep doing what you do. This is one of those things. Thank you, Laci for your encouraging words and we really hope you do create and write a story for Chaos and it becomes a huge success. So Laci has again reinforced that we need to do the outreach to our local schools and libraries. Who knows, we might have the privilege of influencing a young mind to create. So till next time. Let’s strive to “Teach Them From Small”.