When the Black Panther trailer dropped it broke the internet. It racked up just around 89 million views in the first 24hrs of its release. Rightly so. The anticipation for this movie has been high and the trailer did not disappoint. As an independent creator, I always try to find jewels of wisdom to help me on this creative journey so I try to look past the surface of something and see the underlying lesson. From the Black Panther movie, I learned that if I ever hope to achieve any measure of success with my projects, I’ve got to be prepared to play the long game. 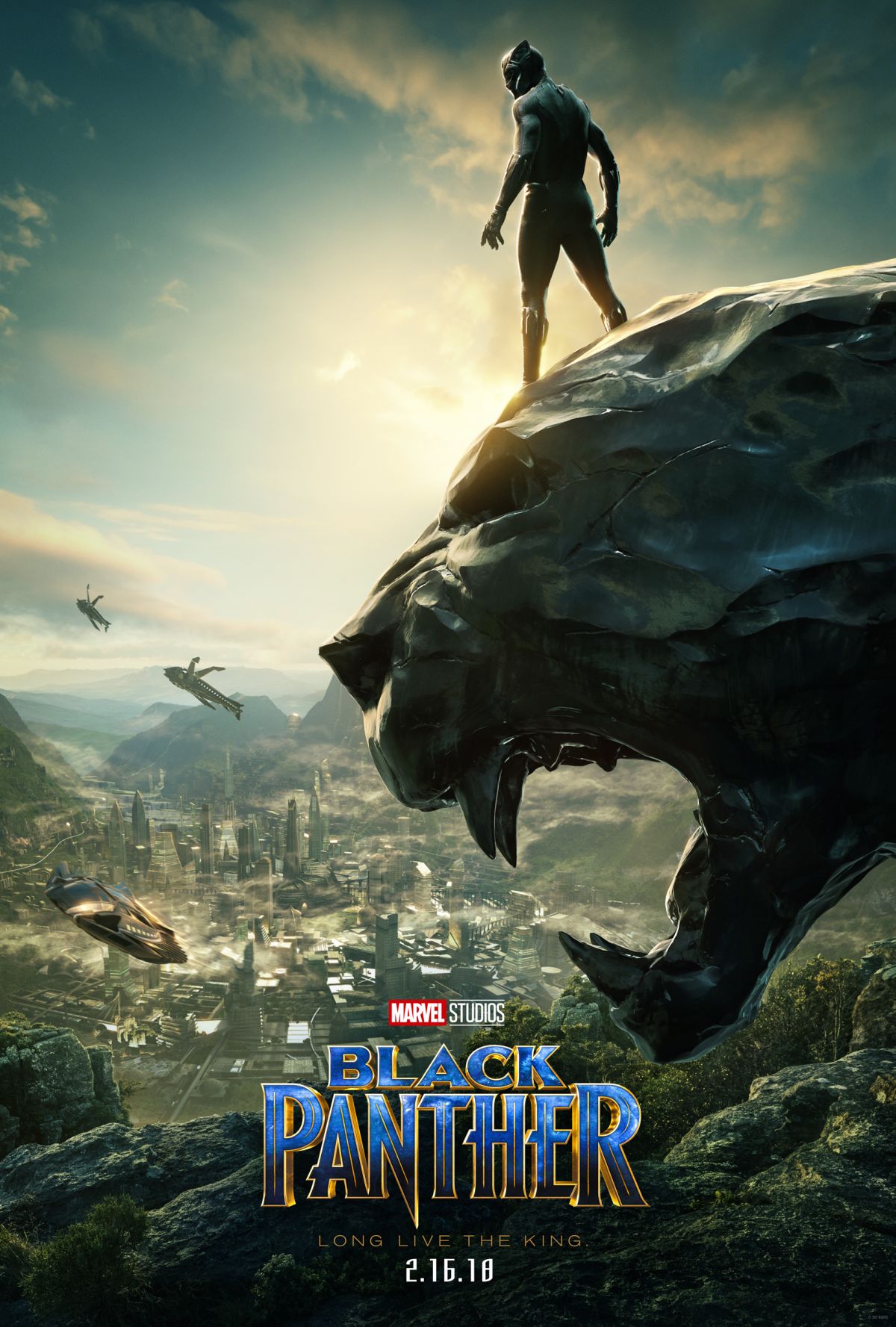 The Black Panther (T’Challa) was created by writer-editor Stan Lee and penciler Jack Kirby. He first appeared in Fantastic Four #52 (July 1966). Black Panther the movie is set to be released in 2018. That makes the character fifty-two years old. Fun fact. When the Black Panther character was created, Chadwick Boseman, the actor that portrays him in the movie, wasn’t born yet. It’s a sobering thought, isn’t it?

Fun fact. When the Black Panther character was created, Chadwick Boseman, the actor that portrays him in the movie, wasn’t born yet.

The character was originally called Coal Tiger, but Stan Lee decided on Black Panther. Many people mistakenly thought that the character was a reference to the then Black Panther party, so they briefly changed the name to The Black Leopard. But no one liked the name so it went back to Black Panther. But I digress. The point is, that it took a number of years for Black Panther to move from a sketch on Jack Kirby’s desk to a feature length movie. Something to think about. Of course, this may be a bit extreme and Black Panther has had a measure of success in comic books as well as cartoon adaptations. Also, I’m sure there are examples of projects that achieved success in fairly shorter amounts of time. However, these are the exception rather than the rule and it’s easy to find numerous other examples of creators who had to wait a long time and go through a journey of sorts, for their projects to achieve any measure of success. 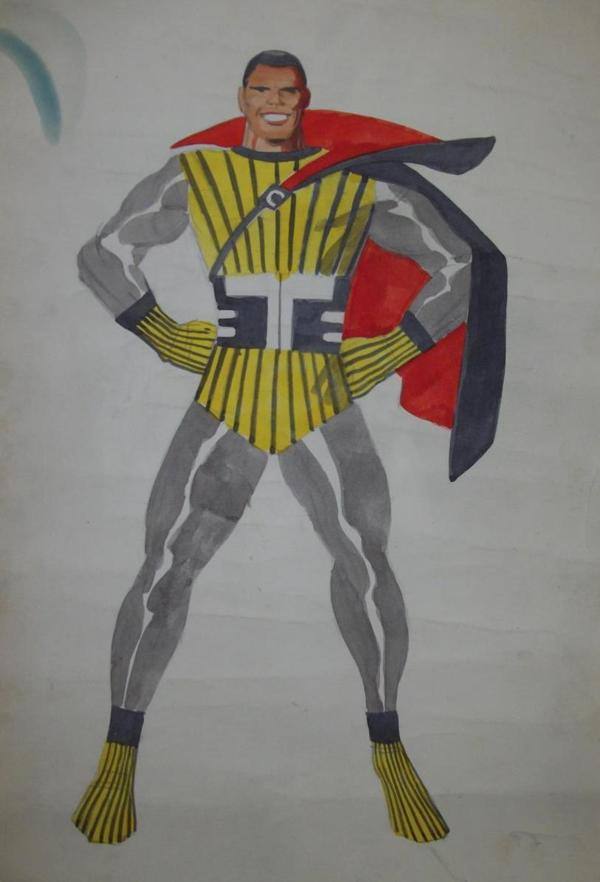 This is a concept art sketch of the original Black Panther character by Jack Kirby. The character was first called Coal Tiger 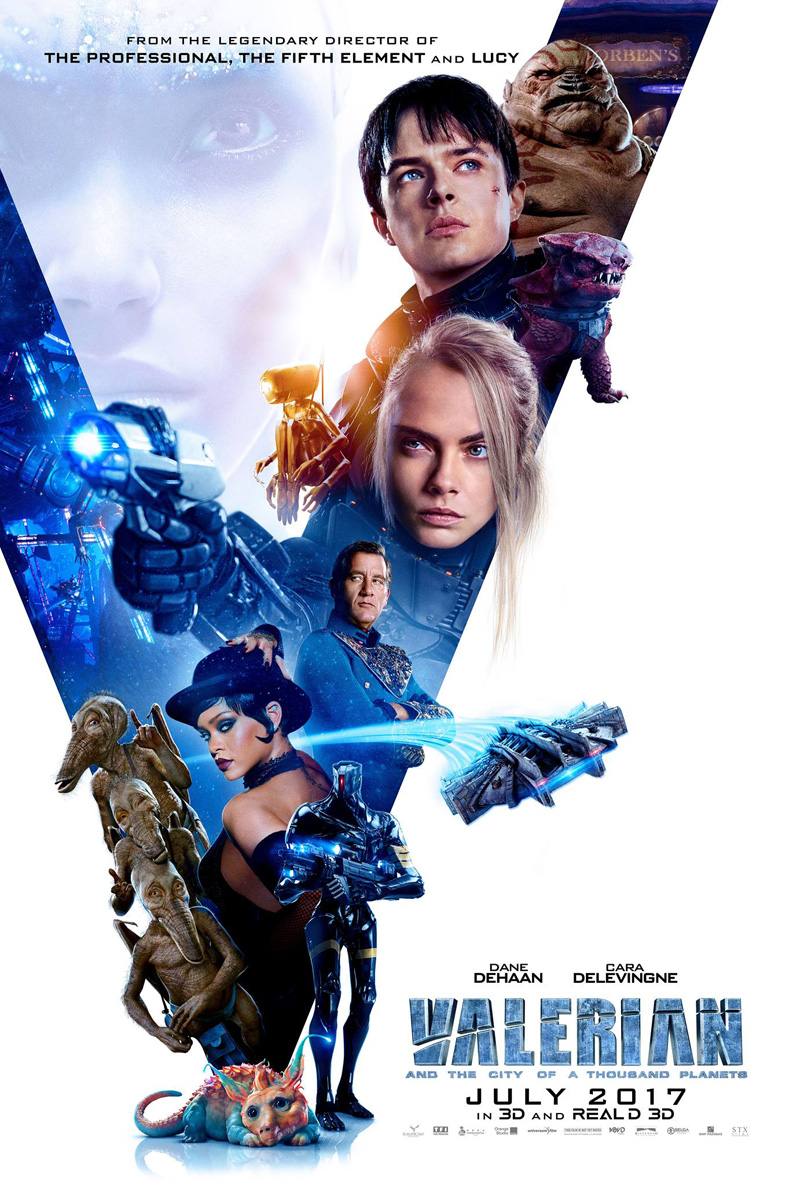 Valerian and the City of A Thousand Planets is a fantastic sci-fi ride with mind blowing special effects by the great folks at Weta Digital.

It is based on a novel created by writer Pierre Christin and artist Jean-Claude Mézières and it was first published in Pilote magazine in 1967. It was then called Valérian and Laureline. So it took 50 years to get its movie adaptation. The movie was even marketed with that tagline “Valerian Featurette: A Movie a Lifetime in the Making”. It didn’t receive very good reviews, but that doesn’t necessarily mean that it has not instantly become a sci-fi classic. The point is, it took a long time for the creation to go from book to movie. If its creators weren’t marathon runners they would have given up the idea a long time ago. 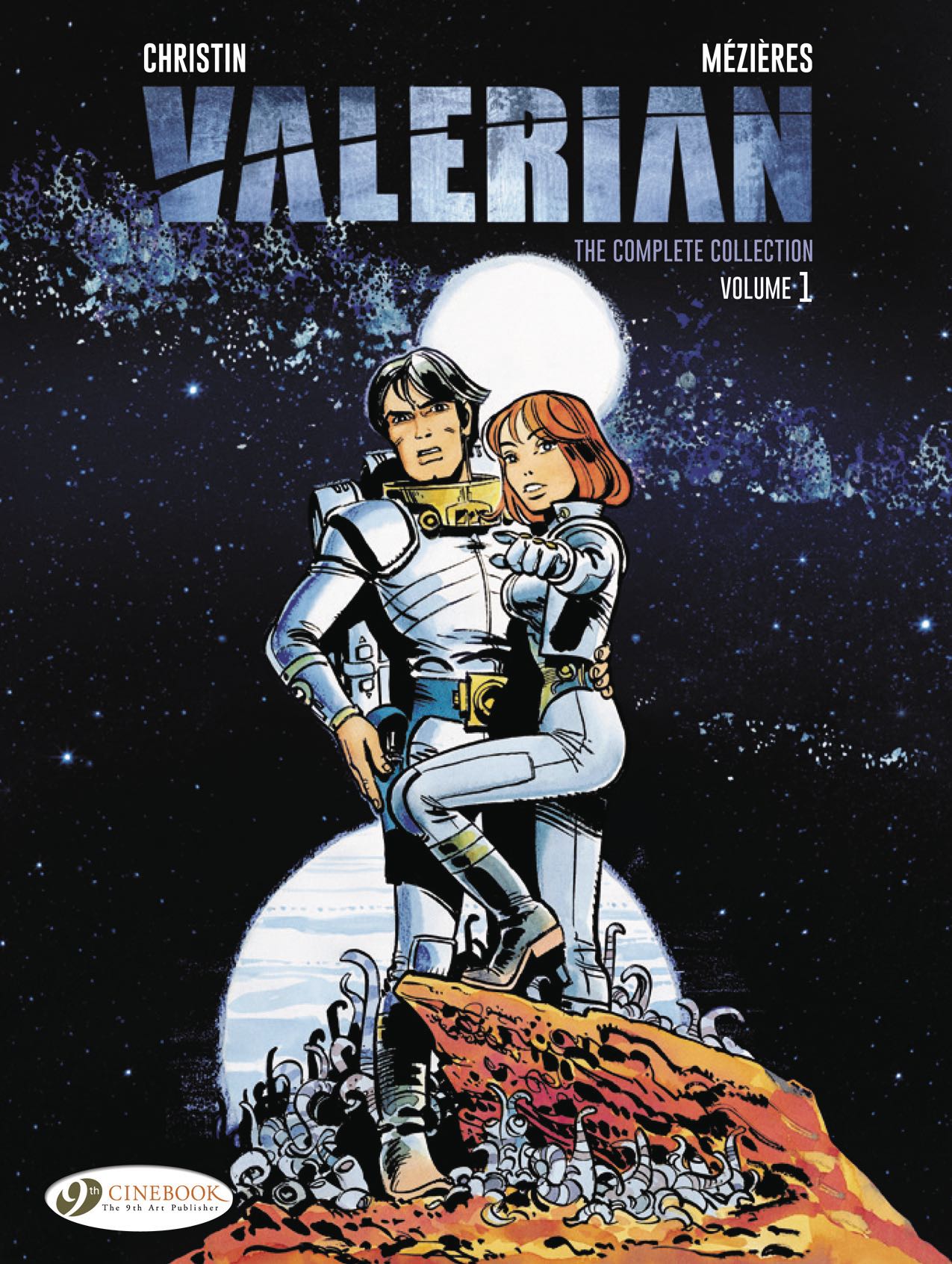 Valérian and Laureline as drawn by Jean-Claude Mézières

An example of a title that wasn’t initially well received and had to wait a long time to achieve a measure of success is one of my favourite movies of all time. Blade Runner. 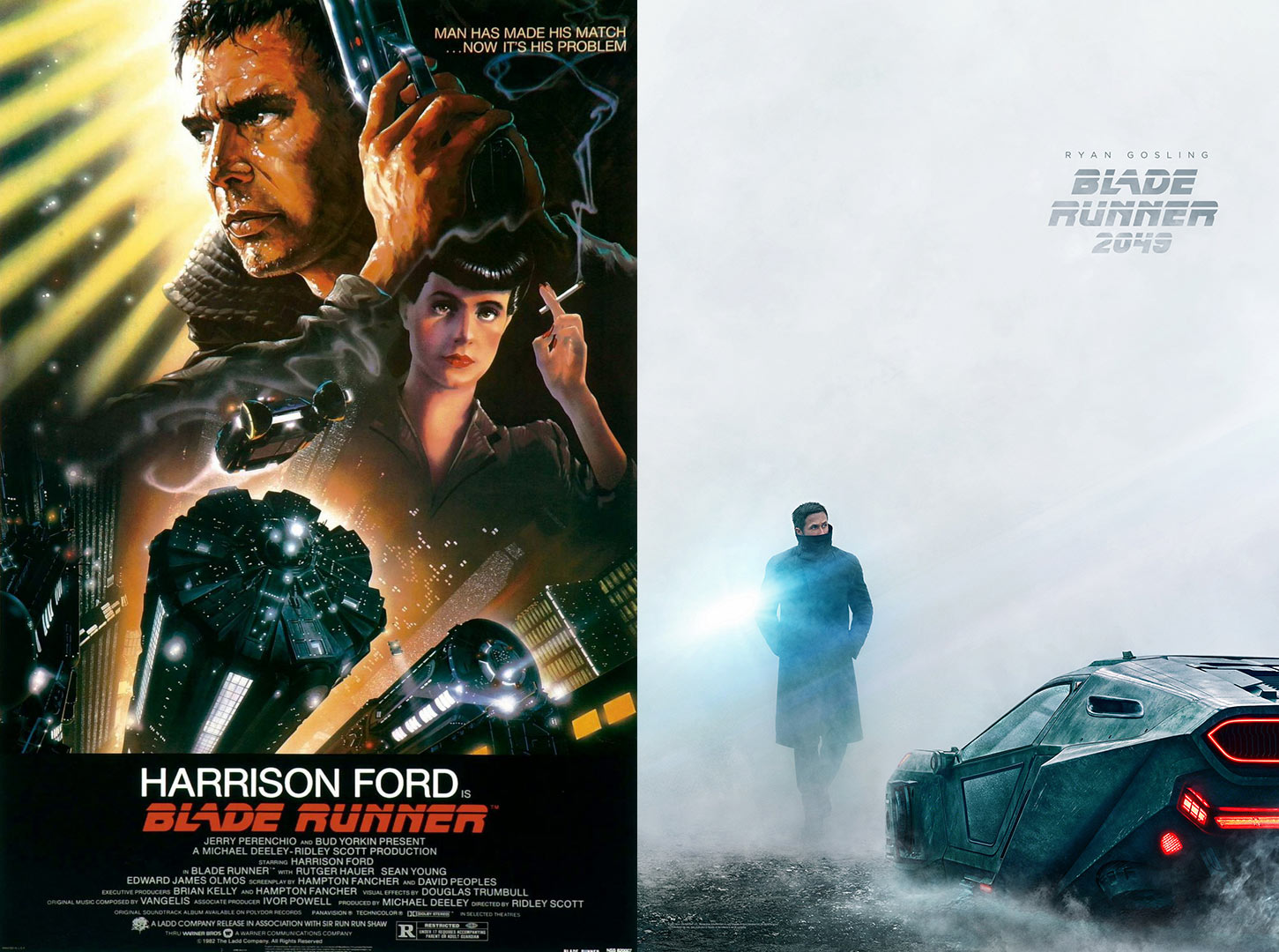 It was written by Hampton Fancher and David Peoples, and is a loose adaptation of a 1968 novel Do Androids Dream of Electric Sheep? by Philip K. Dick. The movie cost about 28 million and only made about 6.5 million in its opening weekend. Part of the reason for this is that on the same weekend the movie was released two other huge movies were also playing. They were Star Trek: Wrath of Khan and the juggernaut knows as E.T: Extra Terrestrial. So no one had any time for Blade Runner. How many of us indie creators can identify with that. You share your work and it’s overshadowed by other amazing work that’s out there. Blade Runner, however, went on to enjoy a renaissance of sorts during the 80s as people found it on VHS. The show went on to take its place in the sci-fi canon and today is one of the most influential movies ever. Now a new Blade Runner movie is set to be released in 2017 and it stars Ryan Gosling and the star of the original blade runner Harrison Ford.

I’ve written about how Celflux began before but it’s worth mentioning here again. The characters of Celflux have been with me for a long time. I had the idea way back in secondary school. It is only after Dixie Ann and I got married that we decided to work on publishing the book. This was in 2013. Now four years later and with the help of an awesome voice team and composer, we are set to independently release the Celflux Animated Short. It is possible that the film can become an instant success. That would be great! But reality teaches me that it might be years before people really start hearing about Celflux. The point is I have to be prepared for that and just keep moving forward. 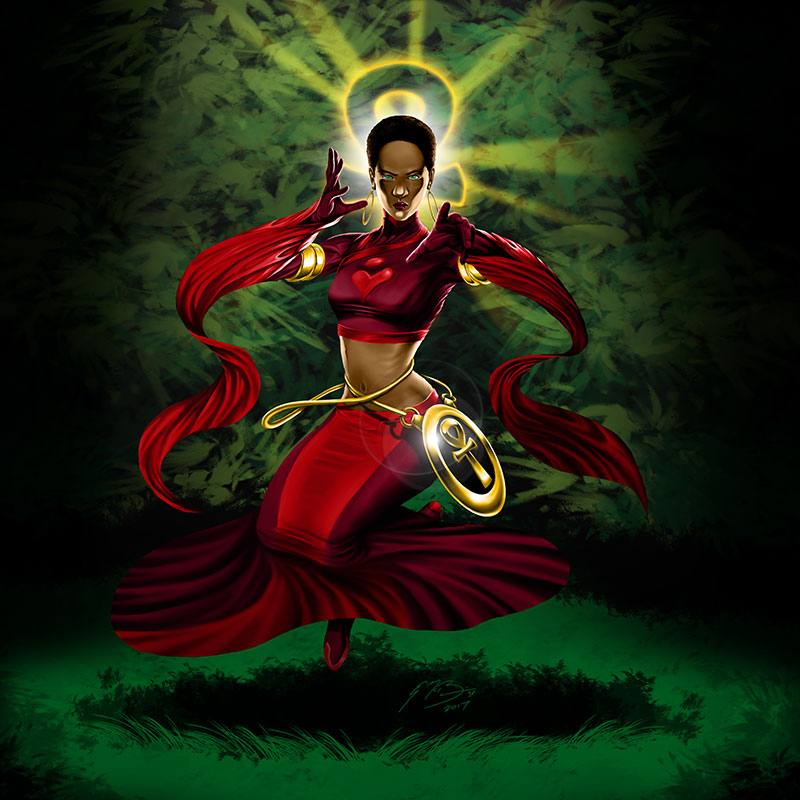 Be sure to check out our first trailer if you haven’t already. If you have, go ahead and watch it again.

If I have an unrealistic expectation of how long it’s supposed to take to achieve any measure of success, I will quickly become discouraged and despondent and look for the next stop to get off this crazy train. But if I appreciate that Rome was not built in a day, nothing good comes easy, and many great creators who went before me had the same struggle, then I’ll dig my heels in, put my shoulder to the grind and prepare myself for the long haul. A marathon runner’s training regiment is different from that of a sprinter. They’re built differently. Unlike the sprinter, the finish line for the marathon runner is not seen for most of the race and must be visualized. To finish requires a sustained effort over a long period as opposed to a burst of energy that lasts about 10 seconds. My advice to all indie creators is to maintain a steady pace and keep working on your creations. So when that opportunity of success comes along it will find you in full stride and prepared to appreciate that success. May we all learn to run that creative marathon.