So we just wrapped up the second run of our Celflux Original Character Free Commission Giveaway Part Two. We had a really cool contest with many people visiting the site to vote for their favorite OC. 19 awesome original heroes entered the arena. Each of them already winners because they stepped up to the challenge. We want to thank each and every creator who submitted their incredible OC to the contest. We encourage you to keep building your heroes and worlds as the sky is the limit.

The champion of the contest was the submission by Trevan Evans, son of Evan Evans. Trevan is four (going on five) and has Type One Diabetes. His submission was a character called T1-Soldier. 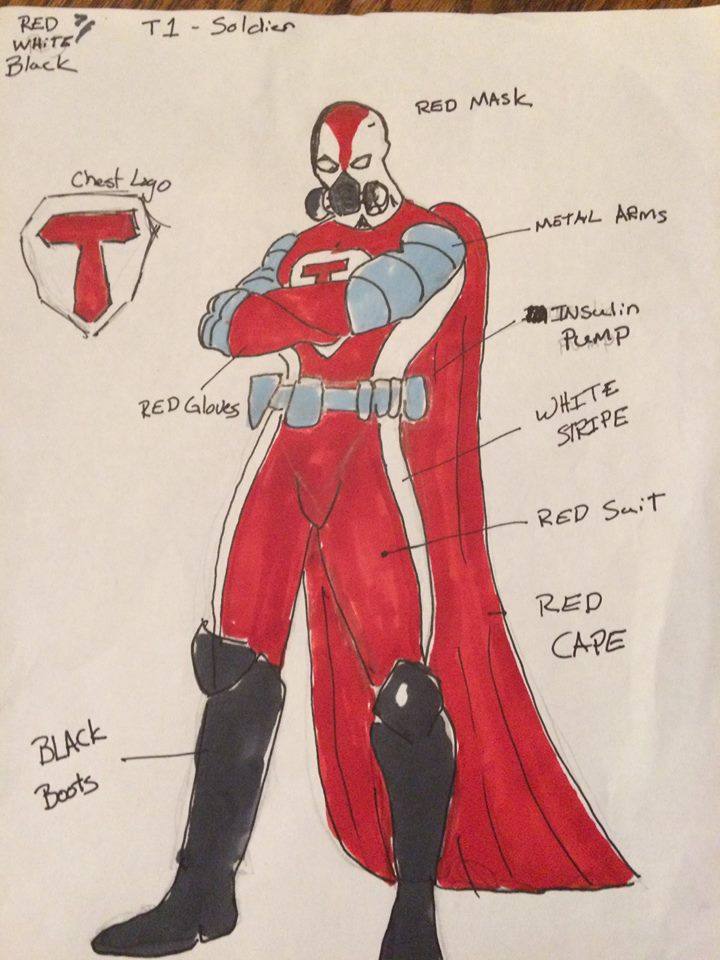 A very cool character with the power to shrink down into the blood stream and fight diabetes. From very early on a rallying cry went out and family and friends alike came to vote for Trevan’s inspirational character. This is what it’s all about. Comics and creativity inspire people to action. Trevan got 218 votes. That’s 30.6% of the overall vote count. 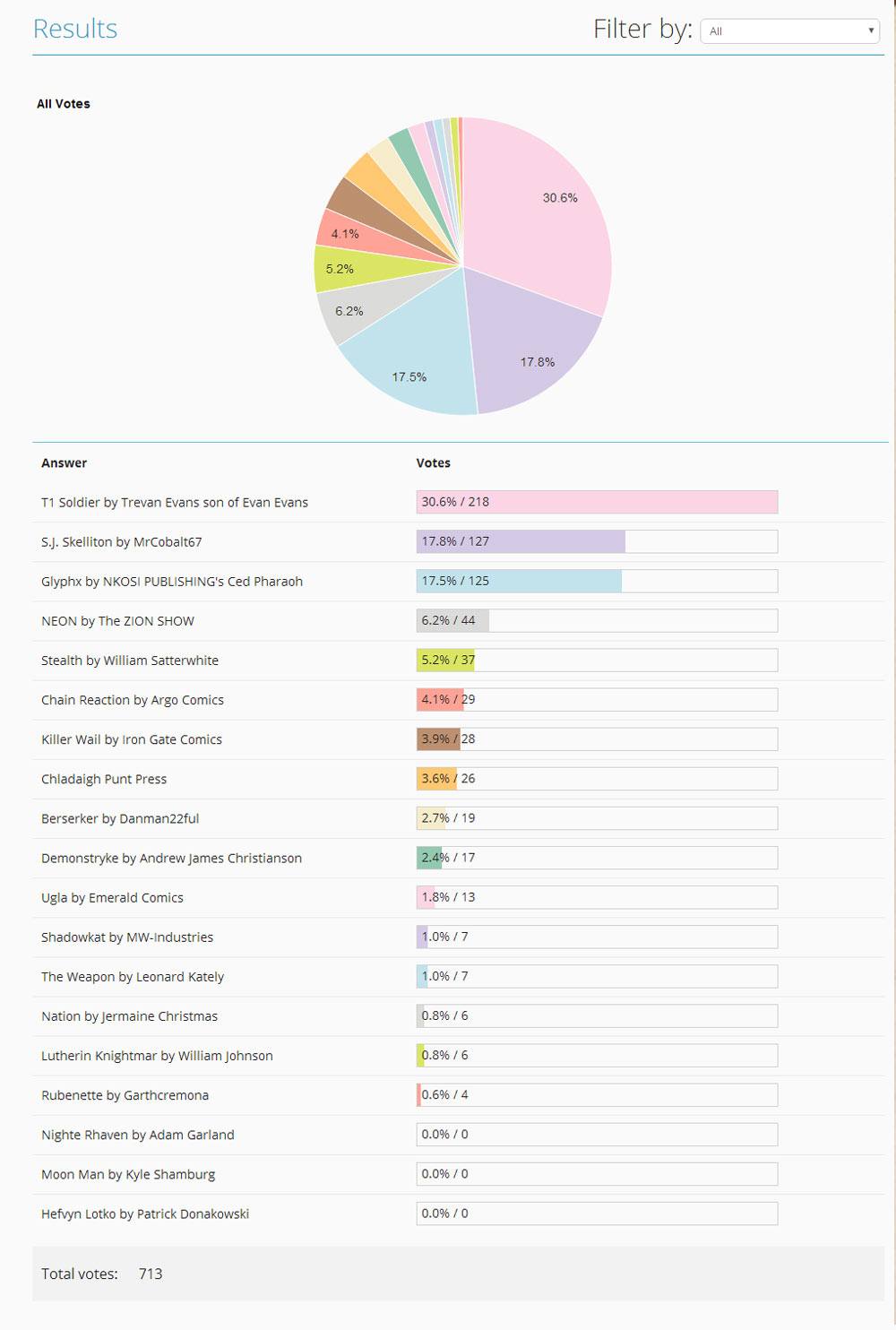 A clear winner. We want to thank Trevan for being such an inspiration, and for taking part in our contest. So here we have it. Trevan’s free commission. I took my time with this one because I think it’s an awesome character with a very cool message. So I actually did some research on Type One Diabetes. For those who don’t know, like me, here’s a definition by the American Diabetes Association.

“Type 1 diabetes is usually diagnosed in children and young adults and was previously known as juvenile diabetes. Only 5% of people with diabetes have this form of the disease.

In type 1 diabetes, the body does not produce insulin. The body breaks down the sugars and starches you eat into a simple sugar called glucose, which it uses for energy. Insulin is a hormone that the body needs to get glucose from the bloodstream into the cells of the body. With the help of insulin therapy and other treatments, even young children can learn to manage their condition and live long healthy lives.”

Here’s what I came up with. The T1 Soldier battling glucose in the bloodstream. 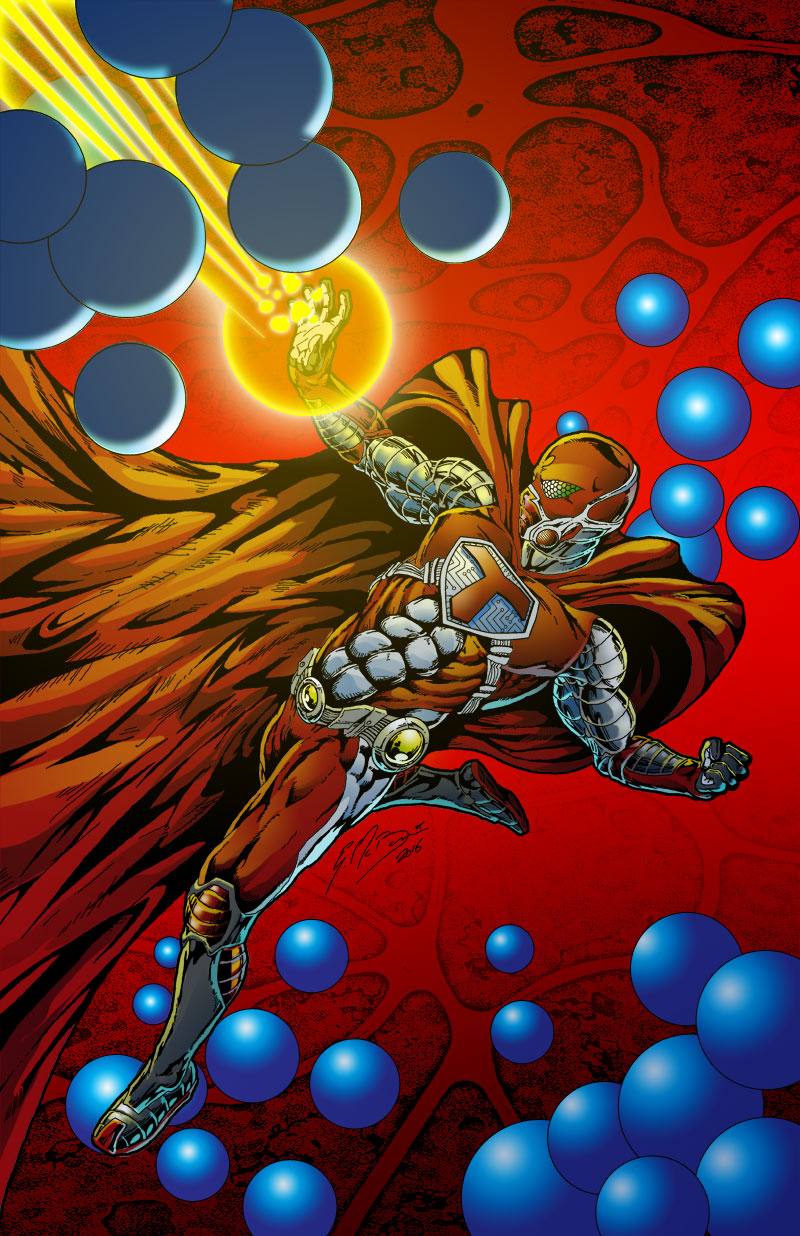 Trevan will receive a high resolution 11×17 file of his own to do with as he wishes. Thank you for your awesome OC. Here is the Evans family. Trevan’s father Evan is a great comic colorist. Reach out to him on Facebook if you need a good colorist. 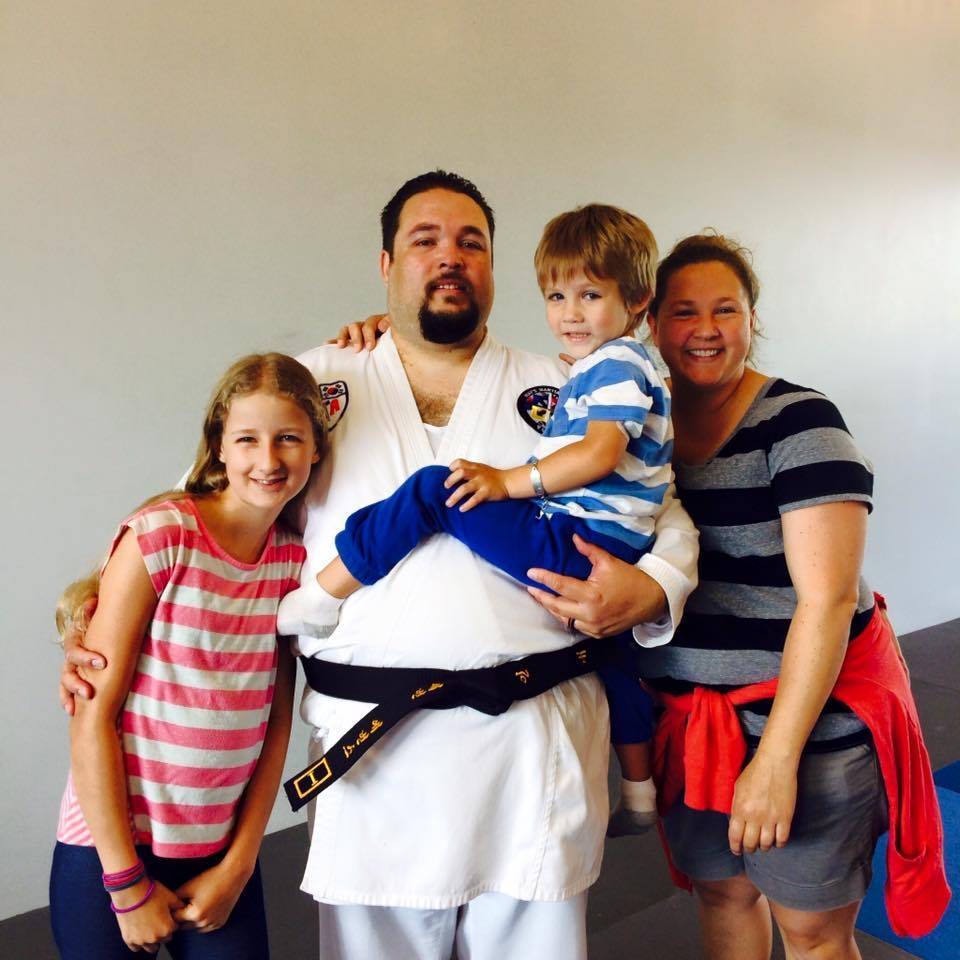 So thanks again to everyone who took part. Those who visited to vote as well as those who shared and spread the word. I think it’s safe to say that the second round of the Celflux OC Free Commission Giveaway was a success. So this definitely will be something that we will have on a regular basis. Till next time.