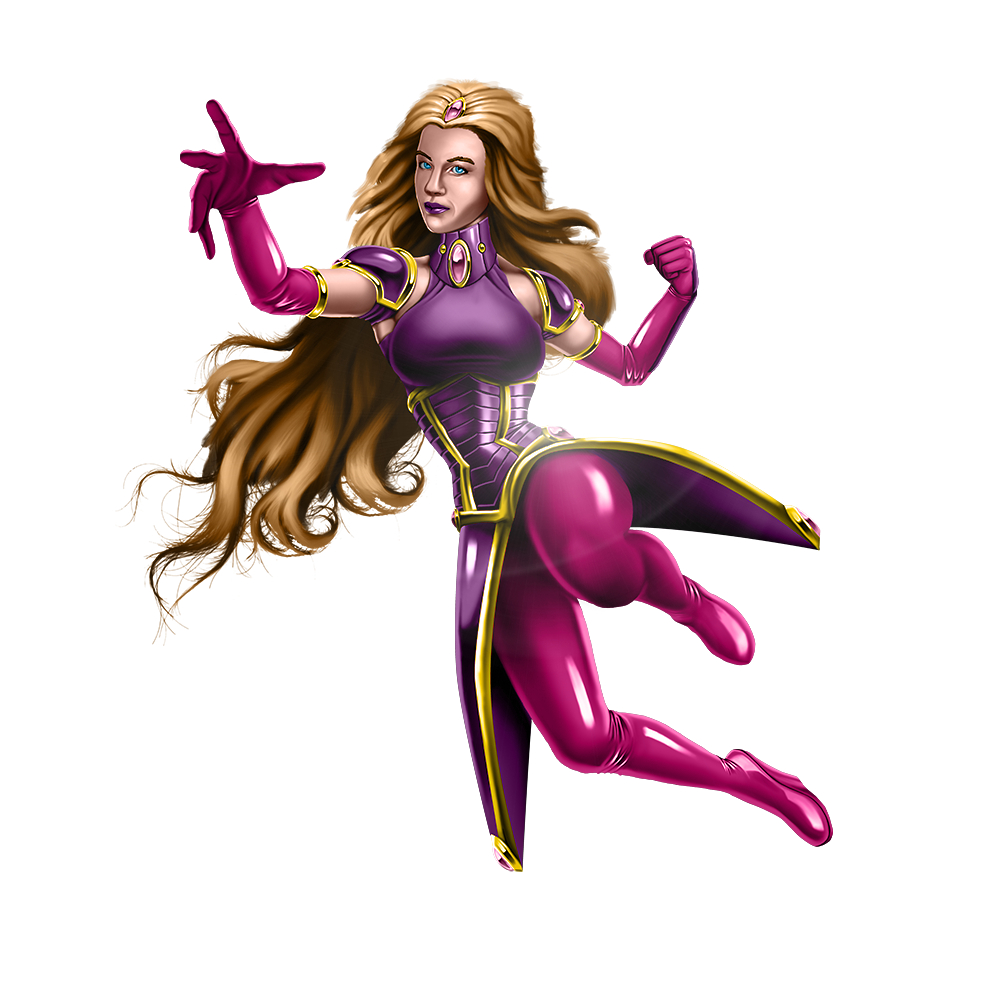 Realm: Cergaron. A wealthy realm made up of a rich oligarchy. Their wealth is derived mainly from the precious mineral mines in Yoro. They are ruled by a monarchy with the leader chosen by bloodline.

Profile: Daughter of the king. Princess and heir to the throne.

Abilities: Samantha possesses the power of flight. She can create physical shields that are solid as a diamond. She also has superhuman strength.

Samantha was born to the powerful ruling Miatsu family of Cergaron. She has only known privilege and prestige. She has never had to work a day in her life. She has been taught in the best schools and trained as a warrior in preparation for her assuming the throne as ruler of Cergaron.

Samantha is considered a miracle child. Her mother the queen could not give birth. Her father the king in order to secure an heir for the throne had a child by one of his servants whom they named Sarah. She was promised the throne being the only child of the king. The queen in desperation prayed to the goddess of Cergaron and by a miracle, she gave birth to Samantha. Samantha, being the daughter of both king and queen, was the true heir and was given the right to succession over Sarah. Sarah has always resented Samantha for this.

Despite having every need met, Samantha has always dreamed of living a life where she is in control of her own destiny. She resents having to do what is expected of her by the monarchy. Though she is not prepared to give up her place in Cergaron, she feels that the choice should be hers.